Can Being Too Flexible Be Harmful? 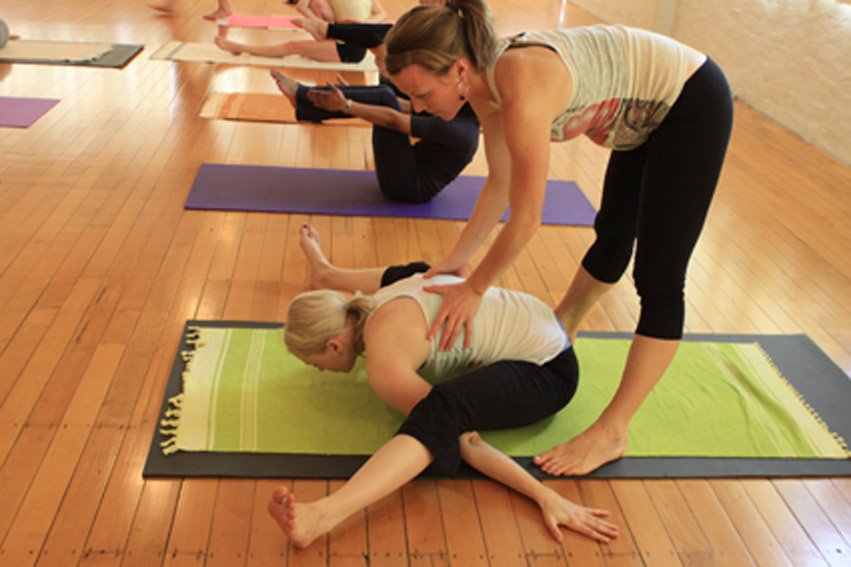 I did not come to the yoga practice at age 30 with a flexible body – in fact – I was stiff and tight in just about every single joint in my body and did indeed spend many years looking around the yoga classroom room marveling that I was the tightest person in the room with the worst practice in the room. For this reason I welcome the comments of those of you who can speak from the experience of having a soft overly flexible body as yoga practitioners.

I speak of the dangers of yoga for the soft and over-flexible body, as a yoga teacher of 28 years, who has witnessed the demise of many a good yoga practitioner.
Memories from the late 1980’s come flooding back – this was a time when we were ignorant of basic functional anatomy principles and on arrival to the yoga shala we discovered three of our young super flexible teachers putting themselves into very advanced postures from BKS Iyengar’s book Light on Yoga – just to see if they could. They could, but one of them damaged herself irreparably, never again to practice yoga with the free flow and grace that she once had. And in that same time frame when we all thought that being flexible was the ticket to doing advanced poses, one of our dear friends moved through the Ashtanga Primary Series and then to Second Series and then to Third Series. While she was guided well by her teacher and did in fact build the appropriate strength along the way, it was after a period of 12 weeks off the mat that she suffered so painfully. She had mistakenly thought that having achieved the third series that it was always there for her to practice as she wished. Rather than easing into the practice over 2-3 months building up to the Third Series she went straight in and blew out her rotator cuff muscles. She suffered terribly and never returned to the practice in the same way again. And there are more stories such as these……. They go on and on.

But the underlying difference in the year 2016 is that we do have access to a wide array of wonderful guidance and resources so that our practices can be guided by the principles of functional anatomy. The fact is that the people in most danger of being injured in yoga classrooms are the soft overly flexible students. We question the value of excessive joint flexibility, mainly because it can lead to inflammation (arthritis) and pain and in some cases hip or knee replacement surgery. 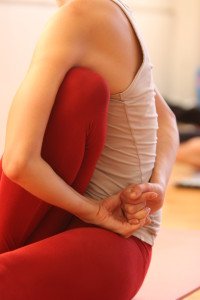 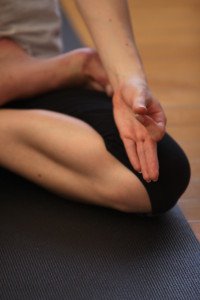 Some basic must know anatomy facts:
In yoga care should be taken never to stretch the ligaments- you stretch it too far and it stays that way:
Flexible Muscles vs. Flexible Joints: To properly assess this safety issue, a distinction needs to be made: flexibility in joints is a different matter than flexibility in muscles. Joints are where one bone connects with another bone. Joints (i.e., the connecting bones) are held together by ligaments. They are further stabilized by muscles and tendons. As Dr. James Garrick, M.D.[1], orthopedic surgeon and Director of the Sports Medicine Center at Saint Francis Hospital in San Francisco, states in his book, Peak Condition:Ligaments have some elasticity. They can stretch a bit, but if they stretch over about 10 percent of their length, then they are like Saran Wrap — you stretch it too far and it stays that way. It won’t go back.

Why is an over-stretched ligament a problem? The job of ligaments is to help hold a joint in alignment, yet still allow for normal range of motion. If a ligament is over-stretched, then it is unable to stabilize the joint as well as it did before. The joint becomes more vulnerable to injury unless adequate muscle strength is developed to compensate for the extra looseness. If the ligaments are stretched sufficiently — either from a sudden impact of an overly strong adjustment, or over time (by overstretching them bit by bit) — the joint will be injured. There will then be inflammation and pain in the joint, for inflammation is the body’s mechanism for stabilizing the compromised joint.

Can you repair over-stretched ligaments? The body can repair ligaments to a certain degree, but due to the low blood supply to the ligaments, as well as to the nature of the tissue they’re composed of, repair is slow and they are usually unable to return to their original state. To bring stability back to the joint, the supporting muscles then need to be built up more than usual in order to compensate for the stretched ligament(s).

How do I stay safe in yoga practice?
Dr. Garrick states in another of his books, Be Your Own Personal Trainer:
You should never feel the stretch in your joints: It’s virtually impossible to stretch joints. Stretching joints means stretching ligaments, and ligaments aren’t particularly elastic. They have a tendency to tear rather than stretch. One indication that a joint is being stressed (therefore potentially overstretching the ligaments) is if there is any sensation inside the joint itself.
Understanding Range of Motion: So then we must ask, if a joint has a less-than-optimal range of motion, should we do anything to increase the range of motion? This is often referred to as stretching or opening up a joint. If the range of motion is restricted due to weak and/or tight muscles and tendons, then the answer is “yes”: we do want to increase the range of motion. If the range is limited due to the body’s structure (the bones and the ligaments), then, the answer is “no”.Like ligaments, tendons are strong but not particularly elastic,” states Dr. Garrick. Tendons will stretch, but only so far before they too will become injured.
The importance of building strength in the muscles: Healthy muscles will have a balance between flexibility and strength. Overly flexible muscles without strength will not be able to support joints as well when they come under stress, thus predisposing one to joint injuries.
Avoid striving for more flexibility: Dr. Garrick cautions against being overly flexible. Striving for more and more flexibility without a good reason for it may indeed be courting trouble. Dr. Garrick asserts that it may be that stretching for its own sake may cause more problems than it prevents.

So as yogis with soft overly flexible bodies the question to ask one’s self is:  Why do we want to become more flexible? As yogis our main reason for increasing flexibility should be, to be healthy and to be comfortable sitting in meditation. A healthy body is easier to forget during meditation than an unhealthy, uncomfortable, nagging one.

Conclusion:Ultimately a student with an soft and overly flexible body benefits best by finding a teacher who can guide them to become stronger not more flexible. As yoga teachers we see our role as guides and we teach each person yoga according to their unique physicality – some we teach with an emphasis on developing strength and others on flexibility.