The Ayurvedic Kitchen Pharmacy-spice up your life 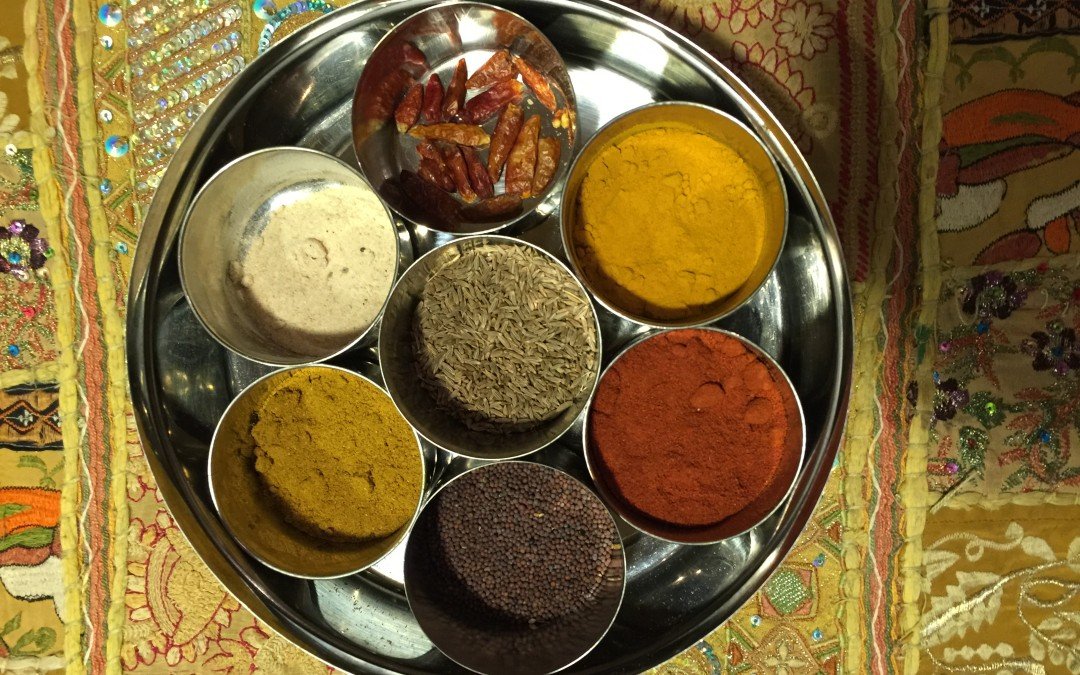 In the early days studying with Guruji in Mysore India (1995), I found myself a regular visitor to the local Ayurvedic doctor in my neighbourhood of Saraswathipuram .Dr Kumar‘s enthusiasm and passion for using Ayurvedic methods to balance one’s constitution and to heal common diseases was infectious.  And now – some 21 years later I still find myself embracing the very same methods that included diet, herbs, oils, aromas gems and mantras along with yoga pranayama and meditation.

For those who don’t know, Ayurveda is a medical system stemming from India and is also referred to as the sister practice of yoga. Essentially the word Ayurveda can be translated as the knowledge or study of life.

In this blog I want to share with you the health benefits of spices since they possess immense medicinal healing properties and they have become the heart and soul of my cooking practice.

I feel so inspired by the teachings of Dr Kumar and Amah who both empowered me to create as much health as I could with my own two hands in my own kitchen- to them and Dr Ajit of Planet Ayurveda in Auckland NZ I am eternally grateful.
I use plenty of spices and herbs in cooking and they do without doubt ignite the digestive fire and delight the taste buds, but also they possess antioxidants, prevent cancer, lower cholesterol and blood sugar, improve memory, flush out toxins, enhance digestion, and most of all they are irresistible because they add flavour and colour to food. 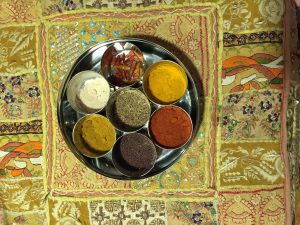 Health Benefits of Spices:
Cardamom
cardamom has numerous health benefits: Added to milk it neutralises its mucus forming properties and detoxifies caffeine in coffee. It also clears sinuses and is used in Ayurveda to treat asthma and pharyngitis. This made more sense to me when I discovered that cardamom is a cousin of eucalyptus. Personally I find its taste brings me joy!

On our wedding night  in Mysore, India we were delivered to our bedroom by our Indian friends to find our whole bed covered with fresh roses and jasmine and two glasses of hot milk infused with cardamom and a dab of ghee- to increase ojas . 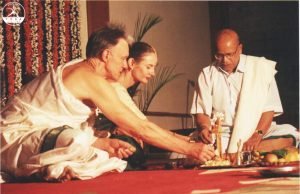 Sprinkle a tsp of fresh cinnamon into 1 cup  of diced green apple and  ¼ cup organic prunes or raisins and stew the apples until soft and serve with porridge or add a touch of honey and cinnamon to rice milk as a soothing nourishing afternoon cuppa. Or go for my husbands favourite – baked bananas with a sprinkle of cinnamon and a dob of coconut yoghurt.
Cinnamon improves blood glucose, triglycerides, LDL and total
cholesterol, and enhances cognitive functions and memory.
Cinnamon has a regulatory effect on blood sugar, making it especially beneficial for people with Type 2 diabetes.
Ginger

We both thrive on ginger as the perfect remedy for digestive problems after indulging in rich foods or just to stimulate our circulation when go out in the colder winter months kayaking. Yep we brew up ginger chai to die for – its like having a liquid ginger nut!! Boil 1 cup water adding 2x 2inch pieces of fresh ginger root and a tsp ginger powder with 6-8 red bush tea bags and after about 1 minute add 2 cups Pure Harvest (cane sugar free) Soy Milk (in my opinion this is the best tasting milk for chai) . Bring to boil and  add honey for sweetening – serve.
An effective remedy for poor circulation, coughs, colds, flu, arthritis, headaches, heart disease, and poor digestion. Ginger has been known to alleviate nausea, vomiting, and motion sickness. Ginger also is a powerful anti-oxidant with cancer-fighting attributes.

Turmeric
Peter my husband discovered that he had juvenile arthritis in his mid 60’s and over a period of 6 months went from doing Ashtanga Vinyasa Yoga full second series to struggling to do full primary series. We immediately increased the amount of turmeric in our diet and then found a potent form of readily digestible turmeric in tablet form. It works like a dream as long as one takes it regularly. The pain levels he experienced dropped and this allowed him to stall having hip replacements for some time- but that’s another story! He is now 70 years old and comfortably back into doing a modified primary series up 5 days a week along with a daily pranayama and meditation practice.
Tumeric Milk: 2 cups almond milk 1 tablespoon honey, 1 tablespoon coconut oil, 1 tsp turmeric, 1 cinnamon stick, small pinch black pepper and grated fresh ginger. Mix ingredients in saucepan and bring to the boil whisking it until all the ingredients mix well.  Reduce heat and simmer it for ten minutes. Strain and serve with extra dob of honey if you like it sweetener and a dash of cinnamon.
Curcumin the active component of turmeric is anti inflammatory and is medically promising because inflammation and oxidative damage are contributors to many diseases, such as Alzheimer’s, Parkinson’s, arthritis and various cancers. The prevalence of Alzheimer’s and certain cancers in India is among the world’s lowest.
Nutmeg
We would generally spend two months  each year studying with Guruji and I always found that it took me two weeks to adjust to the noise and stimulation of Mother India and sleep did not come easy. Fortunately, this recipe worked for me!

It works because nutmeg is one of the best spices to calm the mind. For sound sleep try 1/4 tsp freshly grated nutmeg with 1/2 cup of warm milk. Since nutmeg has hallucinogenic properties only small quantities should be used.

Cumin
South Indian cooking uses cumin in almost all dishes in one way or another. We have an all time favourite dish called green bean curry and another breakfast dish that we often enjoy called pongal and both recipes can be found on  the blog. You can dry roast whole cumin seeds and add them to your meals. Cumin helps increase the absorption of nutrients and aids in cleaning out toxins. 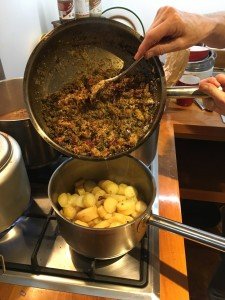 Fennel
Fennel is a cooling spice. According to Ayurveda, fennel is extremely good for the digestion. In India, eating a few fennel seeds after a meal is a common practice to address bloating and flatulence. We have friends who use it in their dogs food every night!!

We use fresh coriander leaves in almost everything. It has a earthy flavour.  Dr Ajit used to say that if you need some extra cooling down, you can prepare coriander seed tea and sip it throughout the day.

Coriander is cooling and a good daily addition to meals for people suffering from excess heat, acidity, reflux or IBS. 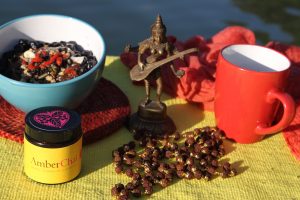 Hing is a very strong smelling, and calming herb. In its pure form it comes as small hard resin rocks but is usually cut with wheat or rice flour into a powder.

Hing (or asafoetida) is incredibly useful for making legumes and pulses easier to digest and less gas forming. It also assist with gut flora imbalances (like Candida) and kills worms.

Always add a tiny pinch (1/8 tsp) of hing powder to boiling water when cooking legumes or pulses. You won’t find hing at the supermarket, only at Asian or Indian grocer.

Spice up your life – create your very own Ayurvedic pharmacy in your kitchen!