Yoga trend – or practice with a higher purpose? 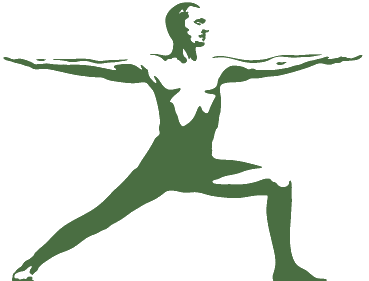 Interview with Peter by journalist  Keith Whitten in September 2015:

Seeing Auckland Yoga teacher Peter Nilsson in an advanced yoga pose like Virabhadrasana Two is a jaw-dropping moment. All the more so when you learn that this lithe, flexible 69-year-old man had polio as a child, suffered juvenile osteoarthritis, and in recent years has had both hips replaced.

His continued full range of movement is testament to yoga’s powers of flexibility, strength and relaxation. Yes, it is possible to be utterly relaxed in such a posture – Ashtanga yoga practitioners aim for a stillness that reaches sublime serenity as one of the ultimate goals of their practice.

It’s easy to be daunted by the achievements of others, but every story has a beginning and every journey a reason – for Peter it was at the age of 23 when a severe prolapse of his lumbar spine left him in constant pain.

Someone suggested he join a Wellington Iyengar yoga class so he went along. He felt instant relief in his spine so he kept going back, becoming deeply committed to his yoga practice.

In time he began teaching. In 1980s New Zealand yoga was a practice for enthusiasts, few possessed teaching qualifications. Peter held small Iyengar classes in North Shore church halls and community centres outside of his career as a civil engineer. It was a busy life, doing his own yoga practice before going to work at 6.30am and again after work, as well as holding his teaching classes.

Peter achieved his first teaching certificate in 1989; not long afterwards it became a fulltime calling. By now he had met Jude Hynes, who was to become his partner in life and in yoga. In 1991 he resigned his engineering job and with Jude’s support formed the Auckland Yoga Academy in Vulcan Lane. Class numbers quickly grew, with the majority of class members being women.

Today he looks around and can count hundreds of yoga schools in Auckland both large and small, teaching either the traditional Indian yoga practices dating back 5000 years or more recent, physically oriented styles from America – popular with people seeking ‘‘the body beautiful’’.
Peter and Jude adopted Ashtanga as a result of their many visits to India. On his first trip to Mysore Peter met the founder of the Ashtanga style, Pattabhi Jois. This gentle, charismatic yoga teacher became their guru. Jois taught and inspired millions right up until his death aged 93.
He deeply influenced Peter and Jude. ‘‘We went to sit at his feet and learn what he had to offer which was a vast amount of knowledge – he’s our guru, that’s for life and beyond life and new life.’’

Ashtanga is a physically challenging style. The name translates as ‘eight limbs’, which are the steps of Ashtanga. The first five are physical, the last three deal with deep consciousness and meditation.

Peter says practice, practice and more practice of the postures eventually leads to a deeper form of meditation. ‘‘It’s all about practice, it’s not theoretical like a degree, it’s applied. As Pattabhi Jois said, ‘Do your practice and all is coming’.’’

At the Auckland Yoga Academy in Federal Street the youngest student is 12, accompanied by his parents. There are suited businessmen who come in the middle of the day for short sessions; also students in their late 70s. ‘‘You don’t stop practising, you modify.’’

A regular regime comprises two hours x five times a week practice whether predominantly physical or predominantly meditative. Peter’s day starts at 6am at the school, sitting in his meditation area doing his internal practice, one hour including quiet chanting and beads (japa), breath control (pranayama) and meditation (dhyana); then physical practice for about one hour before dealing with the business side of the academy, then teaching.

Peter puts the benefits of yoga very simply:
‘‘Yoga makes you flexible and physically strong. The postures needn’t be over physical – you can begin with a gentler style like Hatha which is particularly helpful for people with injury.
‘‘But whatever the yoga style everyone is looking for general well being, the ability to relax leading to more happiness … the big thing is, it’s non competitive, it’s a journey that teaches you to relax (it’s great for high blood pressure).
‘‘You learn to control your thoughts, and reach stillness. The best bit of yoga is the nap at the end!’’